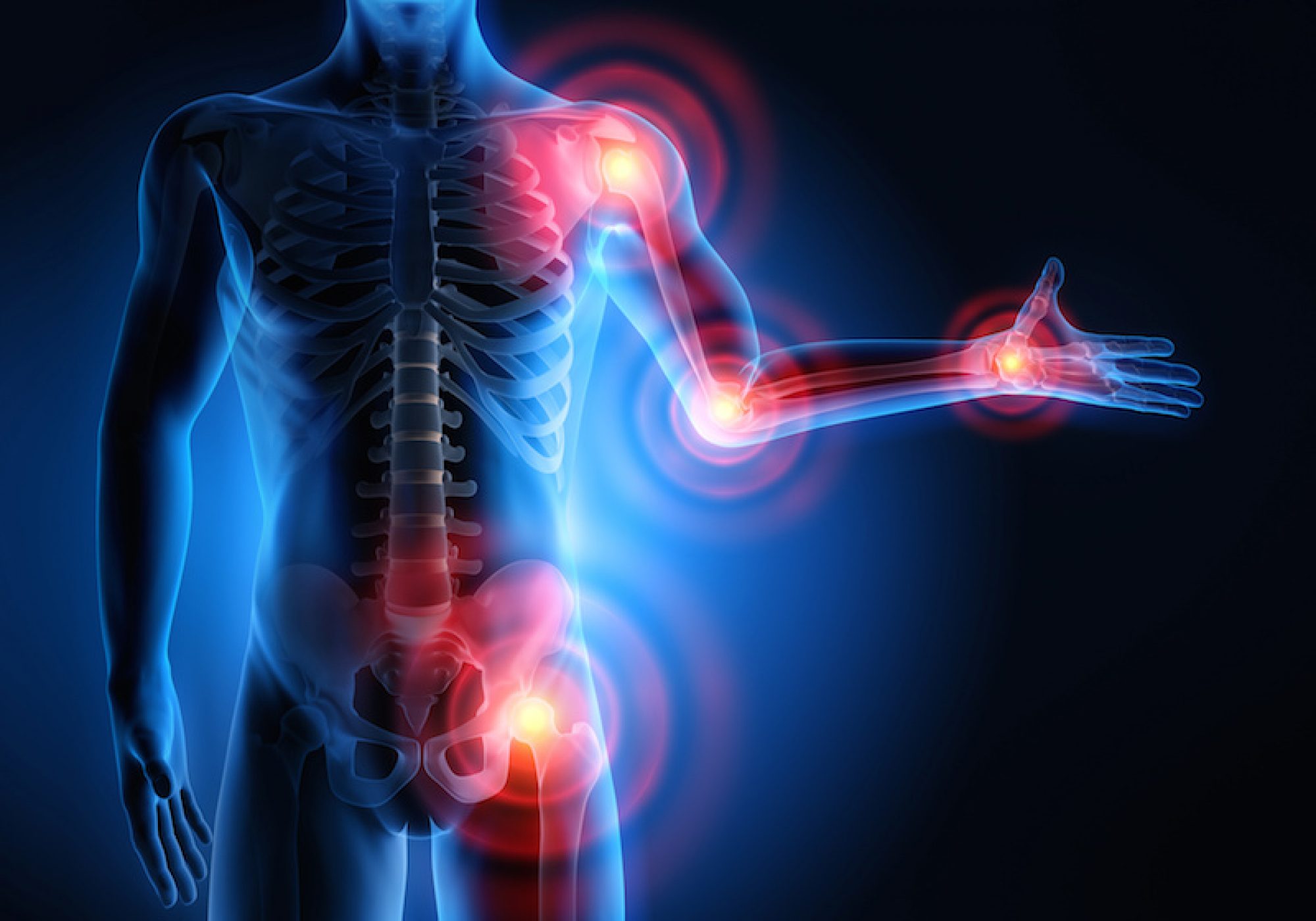 Inflammation is the human body’s natural response to protect itself against injury, infection, and illness. Trauma, exposure to foods (poor diet), microbes, and/or toxins, can commonly cause inflammation. Chronic inflammation can happen due to continued exposure to a trigger, such as when an injury hasn’t healed yet or when a person has unknown food intolerances, and due to immune system dysfunction. According to healthcare professionals, most chronic health issues are associated with chronic inflammation. Avoiding exposure to triggers and regulating inflammatory mediators released by the immune system with nutrition and physical activity can ultimately help reduce inflammation. In part 2 of the following series of articles, we will discuss eicosanoids as inflammatory mediators.

What are Inflammatory Mediators?

Eicosanoids are produced by two major types of enzymes: prostanoids and leukotrienes: Prostanoids are generated by COX, including prostaglandins, prostacyclins, and thromboxanes, while leukotrienes are generated by LOX, another type of enzyme. The specific production of these is determined by the number of predominant enzymes in different cells. Eicosanoids are synthesized as needed by diet from omega-3s in flax, walnut, chia, canola, fish, wild game, and enriched eggs as well as omega-6s in borage, black currant, sunflower, safflower, peanut, red meat, dairy products, and shellfish. An individual’s arachidonic acid (AA), an omega-6 fatty acid, to eicosapentaenoic acid (EPA), an omega-3 fatty acid, ratio is an important marker for inflammatory mediators, including eicosanoids.

A variety of different types of eicosanoids, known as non-classic anti-inflammatory eicosanoids, can come from omega-3s and omega-6s. Several well-known eicosanoids can include:

Finally, according to several research studies, essential fatty acids (EFAs) can also help improve a variety of health issues, including but not limited to the following:

Inflammation helps protect the human body against injury, illness, and infection. Because most health issues are believed to be associated with chronic inflammation, regulating the inflammatory response is fundamental to promote overall health and wellness. Diet and exercise can ultimately help regulate inflammatory mediators, such as eicosanoids, which can cause inflammation. Eicosanoids are “locally-acting” inflammatory mediators or intercellular messengers. Eicosanoids help regulate inflammatory reactions, such as redness, swelling, heat, and pain. Moreover, these messengers can affect hormone secretion, nerve transmission, and mood. Furthermore, a balanced AA (omega-6)/EPA (omega-3) ratio can help promote the balanced release of eicosanoids. – Dr. Alex Jimenez D.C., C.C.S.T. Insight

Blend all ingredients in a high-powered blender until completely smooth. Best served immediately.

Because they’re so naturally high in water, cucumber is also very low in calories. It only has 14 calories per 100g (3.5oz). That means you can nibble on it all day without worrying about your waistline.

Inflammation is the human body’s natural response to protect itself against injury, infection, and illness. Trauma, exposure to foods (poor diet), microbes, and/or toxins, can commonly cause inflammation. Chronic inflammation can happen due to continued exposure to a trigger, such as when an injury hasn’t healed yet or when a person has unknown food intolerances, and due to immune system dysfunction. According to healthcare professionals, most chronic health issues are associated with chronic inflammation. Avoiding exposure to triggers and regulating inflammatory mediators released by the immune system with nutrition and physical activity can ultimately help reduce inflammation. In part 2 of the following series of articles, we discussed eicosanoids as inflammatory mediators.

The scope of our information is limited to chiropractic, musculoskeletal, physical medicines, wellness, and sensitive health issues and/or functional medicine articles, topics, and discussions. We use functional health & wellness protocols to treat and support care for injuries or disorders of the musculoskeletal system. Our posts, topics, subjects, and insights cover clinical matters, issues, and topics that relate and support directly or indirectly our clinical scope of practice.* Our office has made a reasonable attempt to provide supportive citations and has identified the relevant research study or studies supporting our posts. We also make copies of supporting research studies available to the board and or the public upon request. We understand that we cover matters that require an additional explanation as to how it may assist in a particular care plan or treatment protocol; therefore, to further discuss the subject matter above, please feel free to ask Dr. Alex Jimenez or contact us at 915-850-0900. The provider(s) Licensed in Texas*& New Mexico*

Specialties: Stopping the PAIN! We Specialize in Treating Severe Sciatica, Neck-Back Pain, Whiplash, Headaches, Knee Injuries, Sports Injuries, Dizziness, Poor Sleep, Arthritis. We use advanced proven therapies focused on optimal Mobility, Posture Control, Deep Health Instruction, Integrative & Functional Medicine, Functional Fitness, Chronic Degenerative Disorder Treatment Protocols and Structural Conditioning. We also integrate Wellness Nutrition, Wellness Detoxification Protocols and Functional Medicine for chronic musculoskeletal disorders. We use effective "Patient Focused Diet Plans", Specialized Chiropractic Techniques, Mobility-Agility Training, Cross-Fit Protocols, and the Premier "PUSH Functional Fitness System" to treat patients suffering from various injuries and health problems. Ultimately, I am here to serve my patients and community as a Chiropractor passionately restoring functional life and facilitating living through increased mobility. Purpose & Passions: I am a Doctor of Chiropractic specializing in progressive cutting-edge therapies and functional rehabilitation procedures focused on clinical physiology, total health, functional strength training, functional medicine, and complete conditioning. We focus on restoring normal body functions after neck, back, spinal and soft tissue injuries. We use Specialized Chiropractic Protocols, Wellness Programs, Functional & Integrative Nutrition, Agility & Mobility Fitness Training and Cross-Fit Rehabilitation Systems for all ages. As an extension to dynamic rehabilitation, we too offer our patients, disabled veterans, athletes, young and elder a diverse portfolio of strength equipment, high-performance exercises and advanced agility treatment options. We have teamed up with the cities premier doctors, therapist and trainers in order to provide high-level competitive athletes the options to push themselves to their highest abilities within our facilities. We've been blessed to use our methods with thousands of El Pasoans over the last 3 decades allowing us to restore our patients' health and fitness while implementing researched non-surgical methods and functional wellness programs. Our programs are natural and use the body's ability to achieve specific measured goals, rather than introducing harmful chemicals, controversial hormone replacement, un-wanted surgeries, or addictive drugs. We want you to live a functional life that is fulfilled with more energy, positive attitude, better sleep, and less pain. Our goal is to ultimately empower our patients to maintain the healthiest way of living. With a bit of work, we can achieve optimal health together, no matter the age, ability or disability. View all posts by Dr. Alex Jimenez

What are the Main Detoxification Systems?